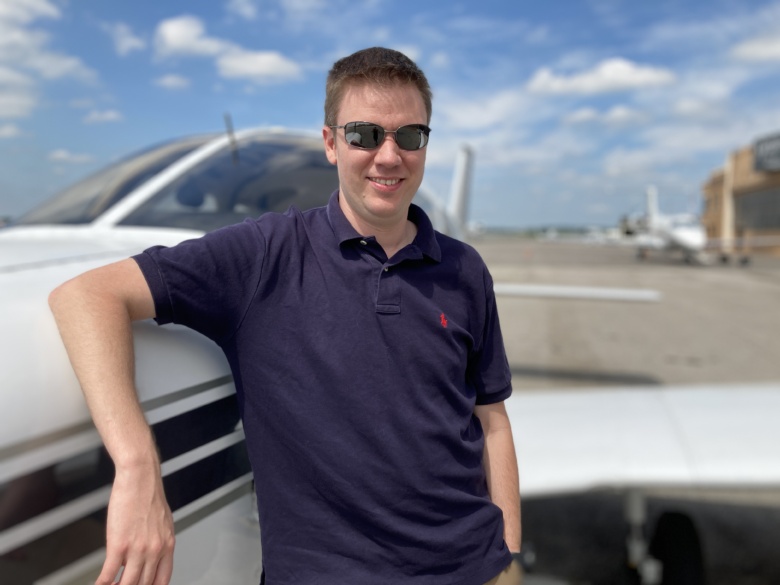 Matt got his love of aviation from his uncle, a retired Air Force test pilot. He started flying when he was nine years old here at downtown airport, using two couch cushions to see over the dashboard of a Cessna 150. At sixteen he soloed an airplane before he could drive a car by himself. He attended CMSU where he earned his private and instrument ratings. After leaving CMSU Matt started flying at ATD where he earned his commercial, flight instructor and instrument instructor ratings. Aside from flying, Matt is an avid martial artist having achieved his 5th degree black belt in Kenpo Karate and participates in endurance events.